Tweet/Garot was awarded the Renewable Natural Gas project located on the property of Matsches Dairy Farm in Birnamwood, WI. With the completion of multiple other RNG projects around the Northeast portions of Wisconsin, this project fit well within the limits of Tweet/Garot’s capabilities.

This RNG project consisted of setting a large amount of equipment skids in which were placed  around (2) new aboveground digesters. Both underground connection piping to the existing farm along with all of the associated aboveground piping to complete the necessary ties to each piece of equipment was performed by Tweet/Garot personally. A few unique piping systems installed included the following:

Equipment setting was a large portion of the project which consisted of multiple critical crane picks based on the sheer size and weights of the items and their proposed locations on site. A list of equipment installed includes the following:

Challenging weather conditions along with shifting project schedules with equipment delivery dates being pushed out caused us to adapt our plan almost daily. Prefabrication of the large bore pipe and structural supports helped bring the project to a successful on time project completion allowing the owner to successfully start their renewable natural gas extraction from Matsches Farm. 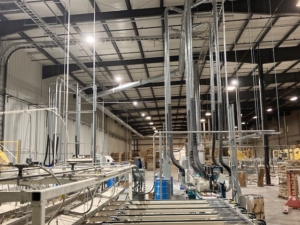 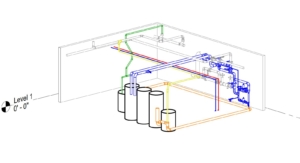