The project began in late 2019 and recently completed in summer of 2021. Tweet/Garot performed the HVAC Sheet Metal and Piping, Plumbing, BAS Controls, as well as Service and continued Preventative Maintenance. The project included BIM coordination modeling which helped identify where all trades would run their work ahead of time to help avoid conflicts and issues once construction began.

Onsite recycling management, high efficiency boilers, selective plumbing fixtures, and a heat recovery pool air handling unit are a few things done to minimize this impact of the project on the environment.

Early in the project there were several weather delays that caused the original project schedule to be impacted. This caused us to initially only have small areas of the building to work on. This issue then compounded when the building construction began to catch up and multiple areas arose at once that need us to be working in. Tweet/Garot was able to accommodate these drastic changes in manpower needs through close coordination with our manpower coordinators and associated labor forces.

Zero Tweet/Garot injuries were reported on this jobsite. 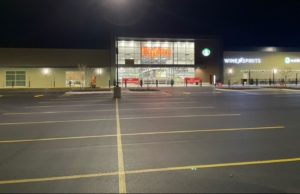